Mahindra & Mahindra is all set to launch the new TUV300 model with a little more power and punch.

This comes on the back of several customer responses stating that the current TUV300 model is a little short on power. The current model dishes out 84 PS and is reportedly the least powerful model in its segment. The TUV300 has been one of the recent successes for Mahindra & Mahindra in the compact SUV category and has managed to attract new buyers in hordes. The new TUV300 has been a revelation and Mahindra & Mahindra is now looking to reach out to a wider customer base.

Additionally, the launch of the new NuvoSport meant that people would go for the more powerful engine in the same as opposed to the weaker engine on the TUV300 by paying up a little more. However, the price difference will narrow down with the launch of the TUV300 100 BHP model and the engine will also be similarly powerful. The engine may be tuned a little differently but it will still have enough punch to lure buyers in this segment. This gives the new TUV300 variant a level playing field against its own sibling the NuvoSport which would have otherwise eaten too much into its sales. 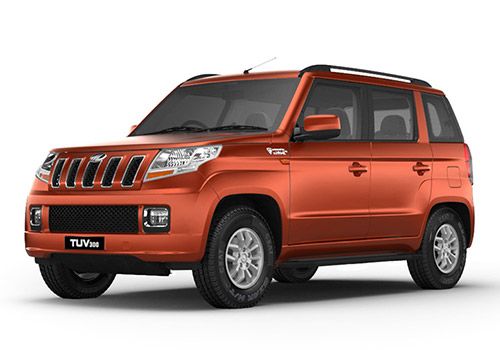 With the powerful engine in place, Mahindra & Mahindra can now concentrate on distinct and differentiated value propositions for the TUV300 and NuvoSport. The mHawk 100 engine will be sourced by the TUV300 from the NuvoSport. The NuvoSport engine makes 100 PS and 240 Nm of peak torque. The present model of the TUV300 makes 84 PS in comparison. However, the TUV300 mHawk100 variant will be tuned a little different. The present model offers 18.47 kilometres per litre in terms of overall fuel economy though this is expected to go down a little when the torque and power figures increase for the new variant.

The new variant will be absolutely similar to the current model in terms of looks and exterior design. The only expected change is the mHawk100 badging that may be used on the front fender of the car. The interiors and other features will also remain similar as the present model. Both these models will be sold by Mahindra & Mahindra to cater to different customer needs. There is also a possibility of the AMT variant of the TUV300 being tuned for improved performance by Mahindra & Mahindra. In case this happens, it will certainly be a very exciting and strategic move by the company.

Where this powerful engine will also help the TUV300 is in terms of overall competition against its rivals. The Ford EcoSport and Maruti Suzuki Vitara Brezza, its closest competitors, both have power outputs over 90 PS and this gave them a slight edge over the TUV300 in recent times. This engine will make the TUV300 ultra powerful in this segment and help it compete better against the hot selling Vitara Brezza and EcoSport alike.